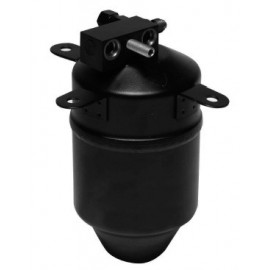 The receiver drier is one of the key component of the AC loop. Its function is to receiver and store liquid refrigerant from the condenser. At the same time, it traps water and retain impurities and particles.

RECEIVER DRIER  There are 102 products.